How To Use CBG Full-Spectrum Oil?

The most popular form of CBG administration is via oil droppers. It’s simple to use and add to food and cosmetic items daily. With an oil form, simply place a serving size under your tongue, and hold there for roughly 60 seconds.

You should feel the effects begin to kick in soon.

Full-Spectrum CBG oil is also available in tinctures and capsules. Depending on the strength of the CBG, there are various methods for taking it.

Methods to Use CBG Full-Spectrum Oil

Lets cover some of the different methods for using a great cannabigerol product.

CBG oil is absorbed most readily when placed beneath the tongue. When a few drops are mixed with water and then held for 30 seconds, it delivers direct diffusion into the circulation bypassing the digestive system.

As a result, CBG oil administration is faster with fewer than ten drops under the tongue. 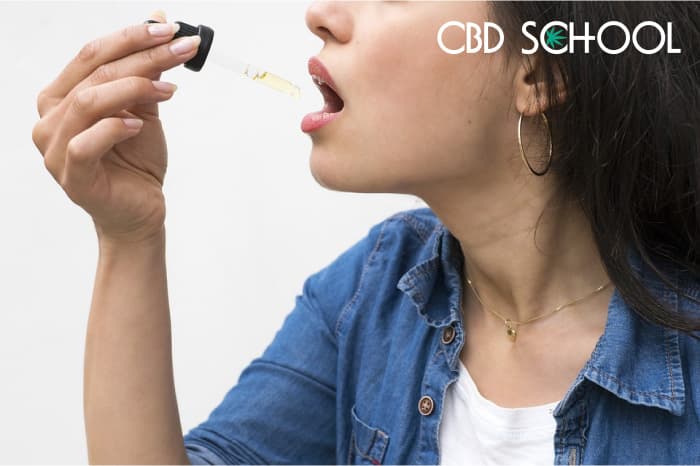 Many people add CBG oil to their meals in order to be more awake. Because CBG oil is flavorless, you may disguise the unpleasant taste by combining it with other components. For example, if you want to add some class to your cookies, Cannabigerol, with its fat-burning capabilities, can be mixed into them. You may also use oil drops in cocktails and drinks to give them a distinctive flavor.

Directly Apply To Your Skin

It is suitable for aching muscles and painful joints. The CBG oil can be spread easily by dabbing the oil on afflicted regions. You may also add it to topical treatments such as body lotions, shampoos, or balms.

CBG, like CBD, has been utilized to alleviate pain without the psychoactive effects of cannabinoids like THC.

CBG appears to have therapeutic properties as well. However, there is little evidence that CBG has any benefits in people.

CBG has been shown to be beneficial in various animal studies for the following therapeutic advantages listed below.

CBG Oils for Pain and Inflammation

Inflammation is present in almost every organ system and is linked to various diseases, from bladder disorders to bacterial infections to cancer. You’ll notice that inflammation is frequently a contributor or symptom of these conditions. And when there’s irritation, you’ve got pain and other health issues.

A fascinating aspect of CBG is that it is an effective anti-inflammatory, antioxidant, and neuroprotectant. Given the role inflammation and oxidative stress play in neurodegeneration — which leads to chronic pain — these therapeutic capabilities make CBG particularly intriguing.

CBG has been found to regulate the release of GABA, a neurotransmitter that helps relieve pain, anxiety, sadness, sleeplessness, and panic attacks.

CBG controls GABA considerably more than THC or CBD oils do, and it may be used as a muscle relaxant for those suffering from spasms.

Inflammatory bowel disease (IBD) is an illness characterized by persistent bowel inflammation. It affects millions of people across the world and is untreatable. However, CBG showed beneficial effects in an experimental animal trial conducted in 2013.

According to scientists, CBG has therapeutic potential for the treatment of glaucoma. For example, CBG oil was given to cats with glaucoma, and eye pressure and aqueous humor outflow, a fluid produced by the eye that maintains eye pressure and provides nutrition, were reduced.

This disease is characterized by the death of nerve cells in the brain. In a 2015 study, researchers investigated the neuroprotective effects of CBG and other cannabinoids in mice with a Huntington’s disease model.

CBG has been shown to act as a neuroprotectant, protecting brain nerve cells from harm. It also improves motor functions and protects striatal neurons against 3-nitropropionic acid toxicity by working as a neurotrophic agent.

Despite numerous research showing how beneficial CBG oil is, additional study and research are desperately needed. Nonetheless, there’s no doubting that high-quality CBG products, especially when combined with high-quality CBD oil, may be the answer you’re looking for to help with your health issues.

Maybe you’ve been battling with pain, inflammation, sleeplessness, or another health problem for a long time. You’ve been hesitant to take hemp-derived cannabinoids like CBG and CBD for a while now.

We understand that you may be hesitant to try these chemicals since they are derived from cannabis, but it is recommended that you do your homework and research them before taking them. CBG oils and CBD are no “cure-all” molecules, just like any natural supplement, and should not be used to diagnose, treat, or cure diseases.

However, while the medical community has long been aware of the benefits of cannabis, several renowned specialists in the field are now coming to grips with how potent these cannabinoids can be.

Because of this, if you’re interested in CBG oils, it’s preferable to buy high-quality CBG and CBD products from recognized manufacturers.