There are dozens of good reasons for legalizing cannabis, and one of the most compelling is its potential for social justice.

For the most part, cannabis criminalization occurred throughout the 20th century as a result of xenophobia and racism; white Americans of European descent were frightened by increasing numbers of immigrants from Asia and Latin America, many of whom used cannabis products recreationally and for cultural or spiritual expression.

By controlling cannabis, states and the Federal Government gained greater control over these marginalized groups. 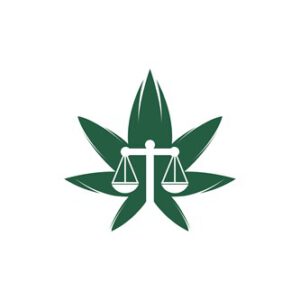 After almost a century of cannabis bans, the social inequity surrounding the drug is quite clear. The ACLU has found that Black Americans are more than four times as likely as white Americans to be arrested and imprisoned for cannabis-related offenses, despite cannabis usage rates that are roughly identical.

Cannabis activists claim that legalizing cannabis for recreational adult use will all but eliminate this injustice and give Black communities more opportunities to thrive.

Yet, the social equity promised in cannabis legalization hasn’t exactly manifested as promised.

In many states with legal cannabis industries, BIPOC remain as persecuted for cannabis-related crime as ever — and they aren’t reaping the economic benefits of legalization, either.

Why hasn’t the cannabis industry impacted communities of color as positively as expected, and what can those involved in cannabis activism do to boost social equity?

Why Social Equity Hasn’t Happened in the Cannabis Industry

BIPOC and women would not have the rights they have today had not activist groups drawn attention to the inequalities they were experiencing and worked with those in power to develop more just laws and cultural attitudes.

Even today, historically oppressed groups continue to strive for equal treatment in all aspects, from the wages they earn to their treatment in social spaces. Because the cannabis industry is young, it has hardly been impacted by social activism.

Because BIPOC largely managed the cannabis black market before legalization, BIPOC are principally the group prohibited from benefiting from legalization.

Other barriers for entry include exorbitantly high fees for cannabis business licenses as well as high costs of operation, thanks to limited financial services available to cannabis businesses.

Thus, cannabis activists need to leverage whatever tools they can to fight for equality within this burgeoning industry — and that means taking advantage of tech tools.

How Technology Can Help 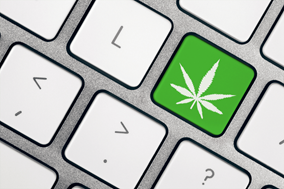 Technology’s primary roles within social justice are the ability to spread awareness of undiscovered social issues and the ability to bring those interested in fighting those issues together in a unified way.

Already, the 21st century has seen great upheavals in social and political trends thanks to tech tools like social media, which has helped activists gain attention for important social issues like sexual harassment and police brutality.

To improve the cannabis industry, we need to pinpoint the regulations and attitudes keeping BIPOC entrepreneurs from achieving the same levels of success as their white counterparts.

Then, we need to mobilize activists to contact government officials responsible for developing and updating cannabis regulations, to change the cannabis business landscape.

Already, activism of this sort is helping to bring political attention to social equity in states that have yet to pass their own recreational cannabis laws; for example, Illinois dispensaries opened with social equity programs baked into the law.

Though the state has only enjoyed legal weed for a little more than a year, it boasts some of the best representation for BIPOC entrepreneurs in the industry. Plus, the state has worked tirelessly to expunge low-level cannabis records, with more than 500,000 convictions erased.

Unfortunately, it could be years — even decades — before we see true social equity in the cannabis industry. Fortunately, with tools like social media, activists have more power than ever to effect positive change for BIPOC entrepreneurs working with cannabis.