CBD has been a mainstream topic for some time now. You might have noticed a plethora of discussions about CBD on the internet as of late. You may even have questions running through your own mind concerning CBD. Are you among those who want a natural alternative to treat an ongoing health condition or frustration? CBD wax or CBD oils have likely come to your attention, but what exactly is CBD, and how does CBD make you feel?

First and foremost, the effects of CBD are said to be non-psychotropic. That is, CBD does not contain psychotropic qualities like some cannabinoids do, (particularly THC from marijuana). CBD is a new food supplement that is still undergoing research. While the initial results are promising, there are a lot of doubts, misinformation, misconceptions, and sheer confusion surrounding it. Recently, CBD has become an accepted means of relaxation, and the substance’s popularity is rising rapidly.

As the use of CBD is still very new, there are still significant gaps in what we know about the effects. While we can conclude that CBD is safe and legal, its exact benefits are still being debated, as well as research.

For many decades cannabis plants have been stigmatized and painted with the red eyes of man. Therefore, it’s pertinent that we explain to our readers the truth about what CBD really is, in the simplest terms possible.

The Formation of CBD

We can’t discuss the formation of CBD without explaining cannabis. There are several different strains of cannabis, some are intoxicating and contain large amounts of the substance THC that is responsible for causing marijuana users to get “high” when consumed.

Although CBD doesn’t get you “high”, like THC, there are still many stigmas about it. Unfortunately, many people tend to mistake CBD for THC. This misconception can be ascribed to a lack of information and fear. But we shouldn’t forget that CBD and THC together have many benefits, like the entourage effect.

As was stated previously, CBD can either be extracted from hemp or marijuana. However, regardless of its source, CBD will remain the same. CBD is a chemical compound with specific characteristics, thus the compound itself will be the same regardless of which strain of cannabis it is extracted from.

It’s important to note that pure CBD and CBD oil are not the same things. Extract CBD from hemp and here is a perfect mixture of various natural substances. Hemp oil is produced by extracting the fatty acids from the stalks of the cannabis plant. Within these fatty acids, fat-soluble substances are found, and since cannabinoids are fat-soluble, they come out of the plant, dissolved in the oil.

How CBD Makes One Feel

There are several different kinds of cannabinoids, but even within phytocannabinoids, there is still a wide range of compounds and effects we are still trying to fully understand. Some of the cannabinoids share a strong interaction with one or both CB receptors in the brain. These receptors are known to cause various influences, from regulating mood and helping us concentrate, to causing euphoric effects like feeling “high” (from THC for instance). Other cannabinoids, like CBD, have fewer direct effects on the endocannabinoid system.

You May Sleep Better

When you take a full dropper of CBD oil (around 30 mg of CBD) before bed, within roughly fifteen minutes you could feel a comforting, warm sense of calm wash over you, cascading down your body and running down your spine. To achieve this effect, many vendors recommend holding it under your tongue for thirty seconds, as this is the fastest way for your body to absorb the ingredients. Over the next half hour or so, you should become increasingly tired and proceed to fall fast asleep. Users also stated that they woke up feeling rested in a way that some other sleep supplements don’t allow.

Many CBD users reported a deeper feeling of calm compared to when they just took melatonin (which FWIW, a small study has shown). So, chances are you will love it as a regular part of your night-time routine.

CBD May Increase the Ability to Focus

Studies have shown that people who took CBD moderately tended to have a better ability to focus when compared to those who did not. Many people report that they use it to focus better while at work. That’s likely due to CBD oil’s proven effects on relieving anxiety. When users aren’t as stressed, the result is a clear mind that’s better able to focus and cross things off the to-do list.

Speaking from my own personal experience, before trying CBD I often felt excessively anxious, especially when I had a lot going on at once. External stress often caused me to become restless, the result of which was decreased productivity.

However, taking CBD products regularly has allowed me to think more rationally about what’s on my plate, rather than worrying excessively about it. I can attest to the fact that taking CBD can help people who suffer from anxiety and stress disorders.

Studies show that taking CBD has anti-inflammatory benefits. Muscle pain is a type of inflammation that tends to affect many people across the world. This soreness might be related to occupation or lifestyle. Studies show people who tend to do physical work daily have a greater chance of being subject to muscle pain. CBD could be a great help to those that tend to be affected by sore muscles.

Readers should be aware that CBD can be taken in a variety of ways because cannabidiol can be absorbed into the body in multiple ways. CBD can be taken traditionally by mouth, inedible, or pill form. Other methods include inhalation of cannabis, using smokable CBD or prefilled CBD vape pen, or it can be absorbed through the cheek via an aerosol spray. Typically, the differences of these methods do not amount to a better result, and potency is generally linked to the quality of the CBD a person is taking as opposed to the method in which they take it.

CBD also comes in a variety of forms. It may be provided as the most potent CBD oil, containing only CBD as the active ingredient (no included tetrahydrocannabinol [THC] or terpenes), as a full-plant CBD-dominant hemp extract oil, in capsule form, as dried cannabis, or as a liquid prescription solution. CBD can also help the body repair itself in recovery mode. CBD is proven to help fight newly formed inflammation from strenuous exercise and helps to allow a person to do it again the next day by alleviating stiffness and soreness in muscles.

After taking CBD regularly for two weeks, you may start to notice a difference in your overall health, wellness, and beauty as CBD’s superstar power begins to take effect. Its calming and soothing properties are so effective, your sleep is almost guaranteed to improve as a result which in turn helps the body in numerous other ways.

Studies also show that CBD can reduce inflammation and kill pain from conditions such as arthritis, osteoporosis, and multiple sclerosis (MS). CBD activates receptors in the endocannabinoid system in the body, which has led some experts to believe that patients treated with CBD experienced a “clinically significant reduction” in pain-related symptoms with little to no adverse side effects. Of course, results will vary from person to person based on factors like genetics, and the severity and nature of the pain. However, CBD is a natural alternative to traditional pain medications and creates a compelling case for use by health care professionals and senior caregivers.

Research from recent studies shows that CBD may be an effective and natural treatment for high blood pressure. Studies carried out in 2017 treated ten men with one 600 mg dose of CBD and found that it reduced the resting blood pressure of the subjects.

In that same study, researchers also administered stress tests to determine the effects CBD had on the subject’s stress response. They found that the subjects exhibited a lower blood pressure increase than usual. In addition to reducing high blood pressure, some studies found that the antioxidant properties of CBD may help reduce cardiac inflammation and can deter cell death caused by oxidative stress. It might come as a surprise that CBD can be good for heart health, but the authenticity of these studies makes a compelling argument for this fact.

The researchers in charge of the survey believed that the results strongly suggest that CBD may have significant therapeutic potential in the treatment of diabetic complications, and perhaps even as a treatment for other cardiovascular disorders. By attenuating oxidative stress, inflammation, cell death, and fibrosis, as well as by reducing blood pressure, CBD can greatly improve the heart’s overall well-being and serve as a great preventive measure against serious and chronic health conditions. 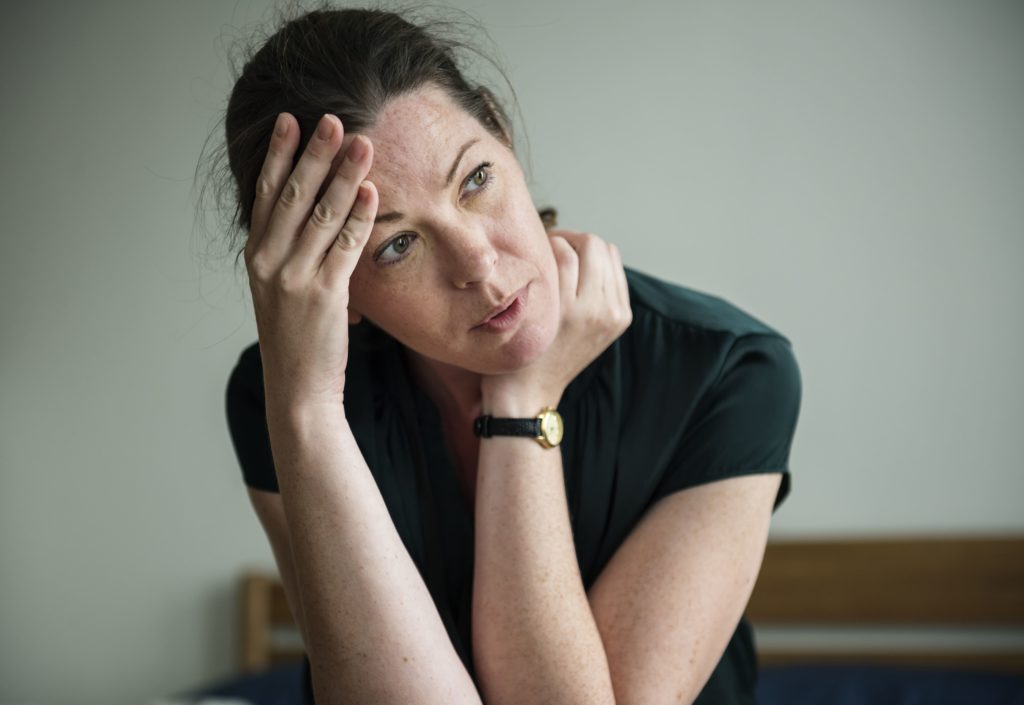 Emotional responses like mood swings can be attributed to the decline of health, disabilities, or the loss of a loved one. When these issues are prolonged or left unattended, they can even lead to physical health problems. Oftentimes, especially if an individual is prone to mental illness, their health can suffer due to negative behavior as a result of feeling disconnected, neglected, isolated, or lonely.

Many studies have shown CBD can remedy this condition: CBD can reduce stress, calm the mind, and improve cognitive functionality. These three things combined can significantly contribute to how a person’s mind perceives things. It can also have a noticeable impact on mood and behavior.

Studies show that CBD not only helps to alleviate numerous health conditions, but it can also help to combat dependency developed from using medications or other drugs.

A 2018 study revealed CBD could help combat addiction by preventing relapses. The study found that administering CBD once a day for seven days in addictive patients caused them to not relapse for five months.

Recent surveys show that the rate of consumers using CBD is growing. As a result of its popularity in recent years, CBD has created a plethora of questions for those intending to try it for the first time. That said, if you’re nervous about trying CBD, that’s normal given the circumstances surrounding cannabis. However, one should consider that this seemingly miraculous, all-natural supplement has been kept from us for about a century. We’ve been told that it’s bad for the body, but modern times show us that we cannot simply believe everything we are told. We do believe, however, if you decide to try Cannabidiol Life, you’re going to see for yourself just how amazing its product can be.

Are There Any Side Effects?

Many small-scale studies have looked into the safety of CBD in adults. They concluded that adults tend to tolerate a wide range of CBD dosages well. Though CBD is generally well tolerated and considered safe, it may cause adverse reactions in some people. The most common side effect was fatigue. Also, some people reported diarrhea and changes in appetite or weight. Researchers have found no significant side effects on the central nervous system, vital signs, or mood, even among people who used high dosages.

Potential Interactions With Other Medications

Before you start using CBD oil, discuss it with your doctor to ensure your safety, and avoid potentially harmful interactions. Some studies on CBD have raised concerns about possible interactions with other drugs. CBD is known to interact with several medications.

For example, epilepsy studies found that there were increases in the blood levels of some other anti-epileptic drugs when people were on CBD. This could mean that people taking anti-epilepsy drugs alongside CBD will need to adjust their dosage downward to avoid side effects. People interested in CBD should seek out a doctor who has read up on the extract and its potential uses.